It was at the Imprimerie Nationale that a new genre was born at the end of the 19th century: the "painter's book", of which the art dealer Ambroise Vollard was the main instigator ...

L’Imprimerie nationale and it's shop Atelier du Livre d’art de l’Estampe has its roots in the history of typographic writing, since it was in 1538 that François I who appointed the king's first printer for Greek , a designation which is considered to be a founding act...

Tour of the Atelier

An ancestral heritage and know-how 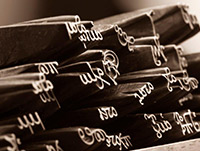 The Imprimerie Nationale’s Art Book and Print workshop is a unique collection in the world that summarizes the history of the printed book, shows its craft techniques and keeps them alive. It combines, in fact, the exceptional heritage of its collections, the oldest of which dates back to François I, punches, lead type, vignettes, wood and intaglio engravings, gilding irons, totaling nearly 700,000 pieces - the range of crafts that make up the history of printing and its techniques. Creation and rehabilitation of characters, punchcutting, type casting, Latin and foreign typefaces, manual and mechanical composition, typographic printing, lithographic and intaglio printing. All these trades remain active at the printshop and are combined to produce worthy works in the tradition of excellence which has illustrated it since its foundation (1640). 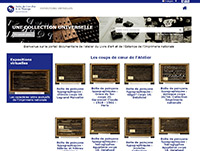 The Atelier du Livre d’art & de l’Estampe was charged in 2017 with the implementation of a catalog planning to identify all the pieces constituting the collections of the Imprimerie Nationale. This will ultimately make it possible to improve the management of this vast heritage (700,000 engraved pieces, 35,000 books, 300 tons of characters, more than a hundred presses and printing equipment), to follow the movement of works (inventories, loans, restorations, etc.) and to offer researchers, specialists, students and anyone interested in the history and techniques of printing, access to them via a dedicated website (see our information in the “Heritage” section).
www.imprimerienationale-patrimoine.fr/ 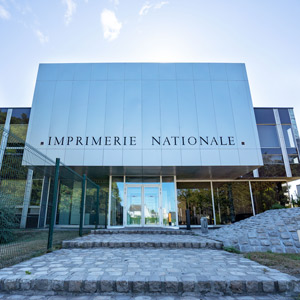 The Atelier du Livre d'art et de l'Estampe, an entity of the Imprimerie Nationale (which became IN Groupe in 2018), has left its Ivry-sur-Seine site where it had been established since 2005 (after of the closure of the historic rue de la Convention site) and in March 2014 joined the group's production site in Flers-en-Escrebieux (near Douai) where it has been instaled since 1974. Since its establishment in the Hauts-de-France region, the book workshop actively participates in the cultural life of the region through various actions.

Labeled "Site of excellence" by Entreprise et Découverte, the association for company visits has selected around 100 companies open to visitors, out of the 2,000 listed. The Art Book workshop has also been featured since 2019 in the Guide du Routard de la visite d’entreprise (French and English editions).

The Art Book workshop distinguished
by the Academy of Fine Arts 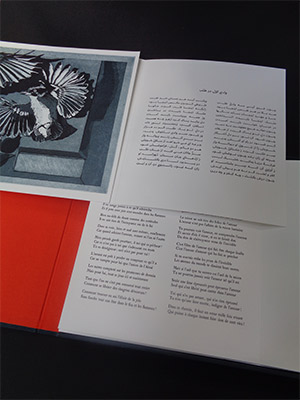 In 2019, the Académie des Beaux-Arts and the Institut de France awarded the Jean Lurçat Prize to the Song of the Birds, the latest work published by the Atelier du Livre d'Art et de l'Estampe. This award recognizes the most beautiful illustrated bibliophile book of the year. It has been many years since the Imprimerie Nationale has published an authoritative book with an artist. The publication of the Song of the Birds, poems by Farîd od-dîn'Attâr accompanied by seven original engravings by Sylvie Abélanet is therefore an event, and the distinction awarded marks the return of the Imprimerie nationale through its printshop, from Art Book to the Art Publishing scene.

2019-08-01Launch of the Salamander, 8th historic character of the Imprimerie Nationale 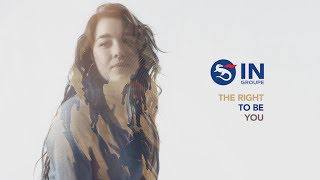